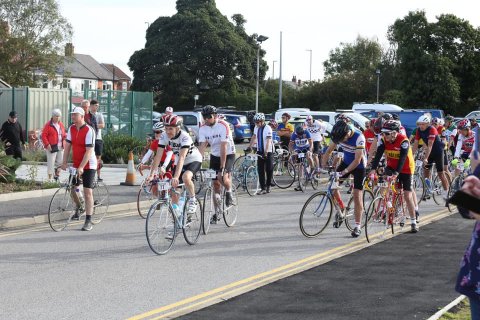 Start time: From 2pm on Saturday, Retro Rides starts 10am on Sunday

This year sees the third running of the Tom Simpson Retro Ride, and for the first time the event is being expanded to 2-days to incorporate a Retro Cycling Festival on the Saturday. The Festival will include a Best in Show competition, a cyclists’ market, trade stands and demonstrations, interviews with, and talks by well-known professional cyclists, and other attractions to be added after entries have opened. Entry price for Sunday’s Retro Ride covers all talks, other attractions and entry for the Best in Show competition on the Saturday.

The event is organised by Cycling Legends Events through the Simpson Cycling Club, with any profit going to the Tom Simpson Memorial Fund, which as well as caring for Tom’s memorials, awards cash grants to young cyclists living in the South Yorkshire, North Nottinghamshire and North Derbyshire region.

The ride starts and finishes at Harworth and Bircotes Town Hall. Harworth is the North Nottinghamshire village Tom Simpson grew up in, and where he started his cycling career. The Town Hall venue was used for our event HQ for the first time in 2021. All of Saturday’s Retro Cycling Festival will be at the Town Hall and/or in 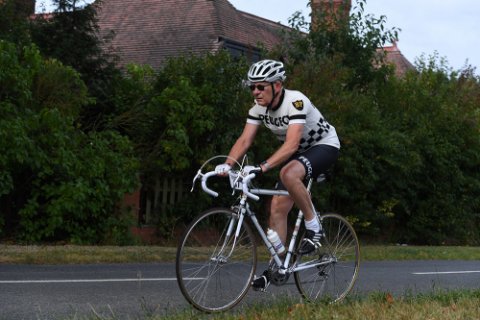 Winner of eight stages in the Tour de France and the Ghent-Wevelgem classic, Barry Hoban is confirmed as one of the ex-pro cyclists who will give talks. More names will be announced very soon, and as they and other attractions are confirmed entrants will be informed by email.

There will be food and other refreshments stalls on site on both days, as well as a cyclists’ market and displays of retro race bikes, including bikes ridden by Beryl Burton, Laurent Fignon, Jan Ullrich, Henk Lubberding, Gerrie Knetemann and by Tom Simpson.

The route runs through quiet pastoral countryside on roads Tom used when he was training. These roads were where he forged his ambition to become a world class professional cyclist, and where he rode his first races. There are two distances; the 50-kilometre ‘Moyenne’ route and the 84-kilometre ‘Grand’. They both explore the quiet lanes of North Nottinghamshire, with short dips into North Lincolnshire and South Yorkshire. The routes are mostly flat, with some rolling sections and one steep climb. The rides share most of the same roads, with the Moyenne only missing the Grand’s northern section. You can choose which route you ride on the day.

Stop press: New for 2022! There will be a team trophy presented to the best turned out six riders wearing the same retro kit and same brand of bikes. The award will be judged before and during the ride. So get your mates to enter with you.

Entry to the event is subject to Terms and Conditions.

All photos courtesy of Andy Jones